Were you there? Did you see us?

A small band of VERY EXCITED Wayfarers joined Taunton Carnival to promote Beauty and the Beast.

This was not about awards or prizes, it was about being there, being involved and having some fun. Oh, and letting Taunton know we are back at the Brewhouse!

So we might have run out of fliers on the night, but with 35,000 about to be distributed around Taunton during November, it was about being seen as much as anything else.

Well done to all the cast, TWYGs and Committee who were there on the night. Special mention going to Terry Wood who organised the banners, the bus and the fliers for the night. And thanks to Helen Coombes, Dan Woodmason and Ray Jarvis for organising costumes.

Taunton’s Tone FM joined us for the evening and will be helping to promote Beauty and the Beast as we move into December.

If you missed the Wayfarers in the Carnival this year then here are a few pictures of how we got on. 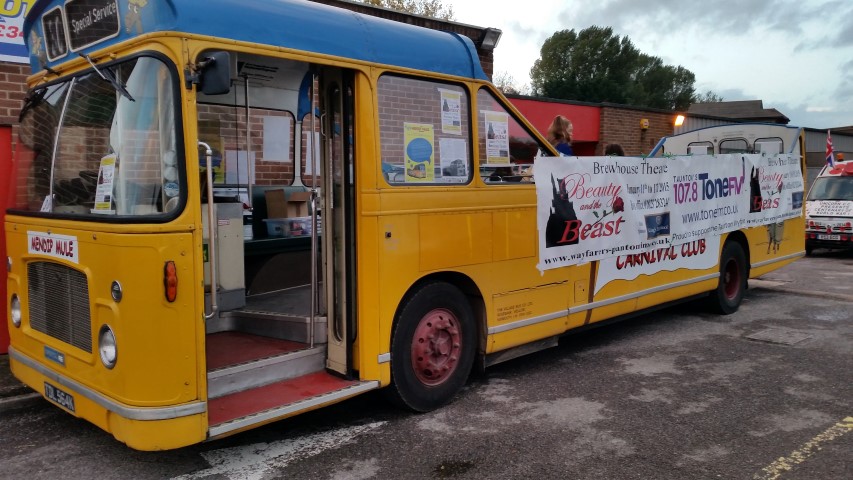 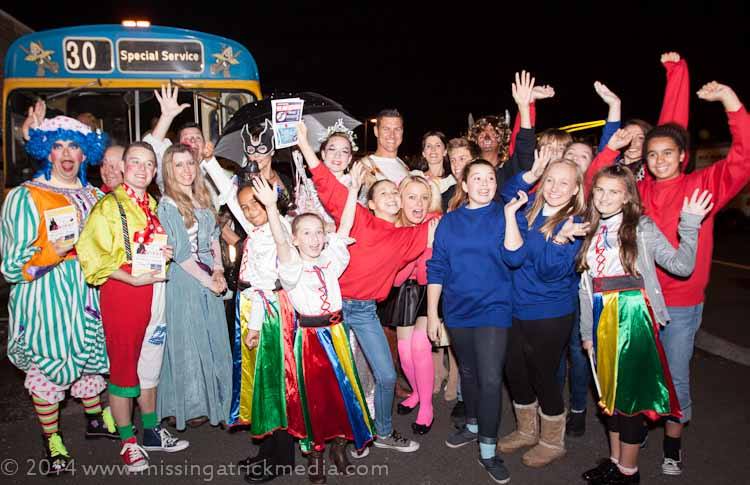 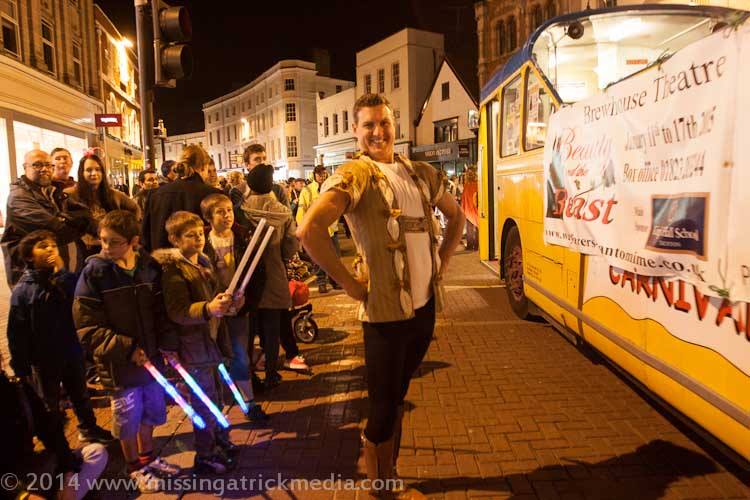 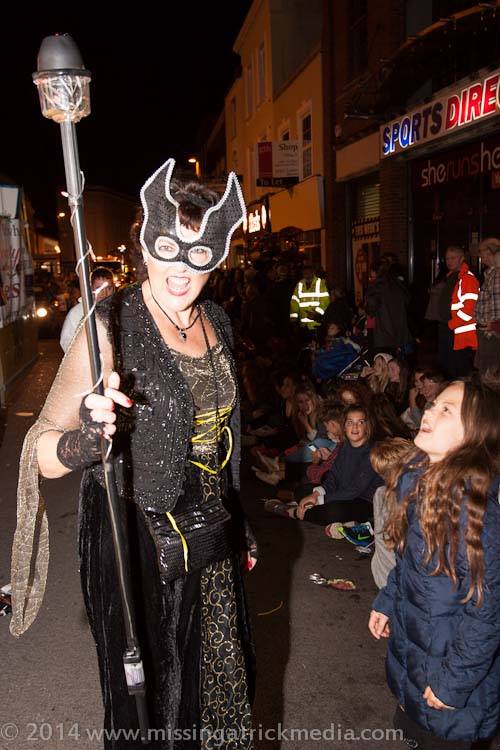 Val Wright – she cackled from the Third Way to East Reach! 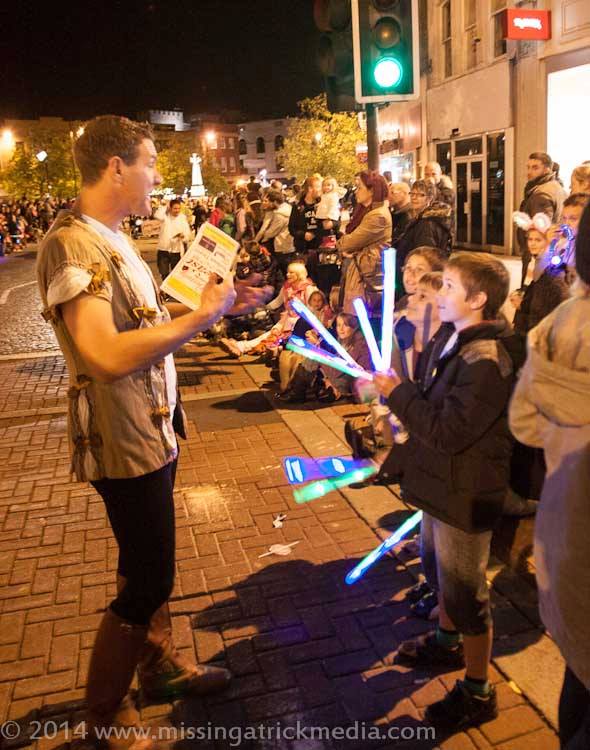 Nick Whyborn – no, he is handing out leaflets and not signing autographs! 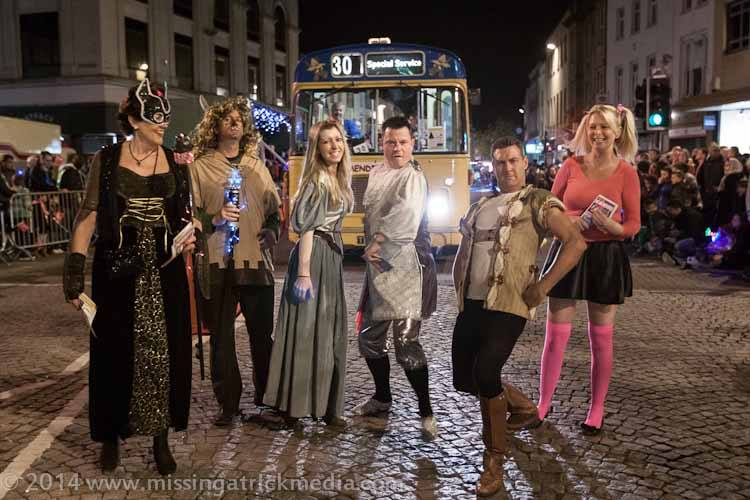 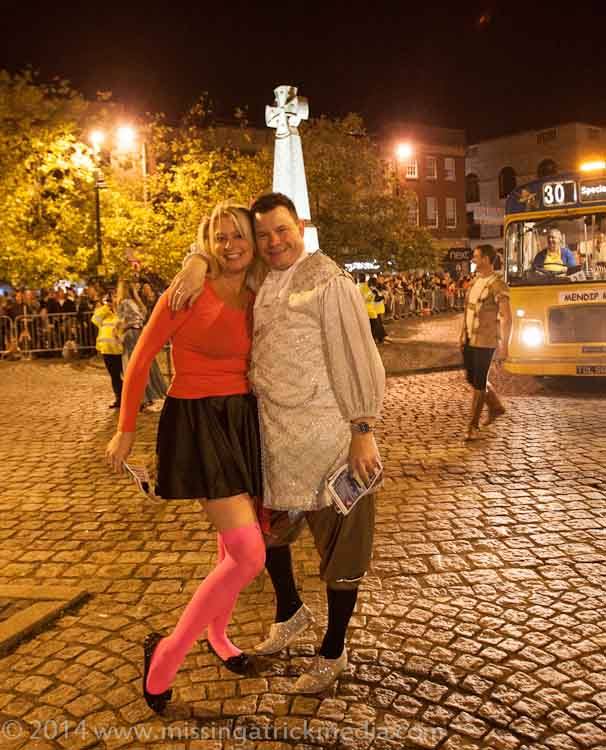 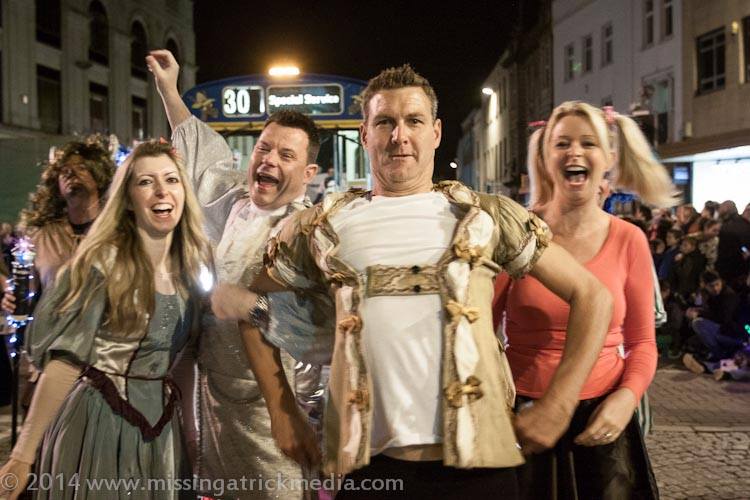 Seriously? Nick put your chest away! 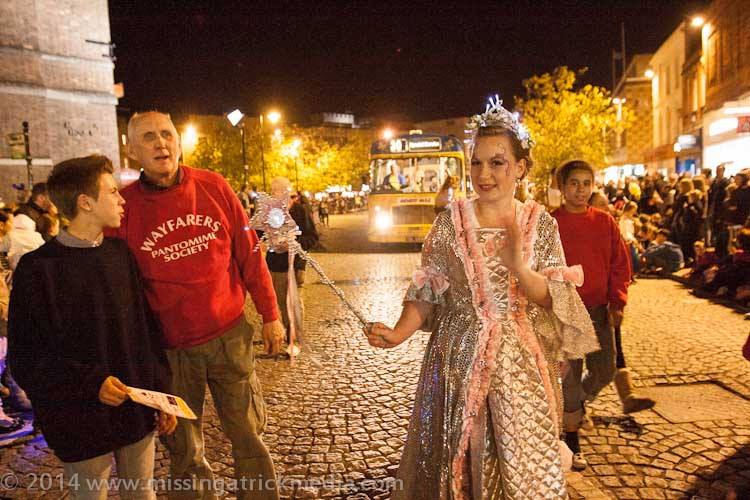 At last, a Committee Member! Keith Smith keeping an eye on Anna Howe.