It was a fantastic night for the Wayfarers at the Somerset Fellowship of Drama “Cinderella Awards” Evening.

The evening celebrates amateur Pantomime throughout Somerset and recognises the efforts of 27 different Societies. The 2016 Awards took place at the Haynes Motor Museum where 260 representatives from 24 of the Societies, both large and small, came together.

There are 47 awards presented throughout the evening, rewarding not just those on stage, but everyone throughout the whole back stage crew and production teams who make these shows happen.

The ultimate accolade is to be presented with the Cinderella Trophy, which this year went to Cloverleaf Productions from Combe St Nicholas for their production of The Snow Queen. However, Wayfarers were the Runners Up for 2016 with Robinson Crusoe and the Pirates, which is a huge achievement for everyone involved. 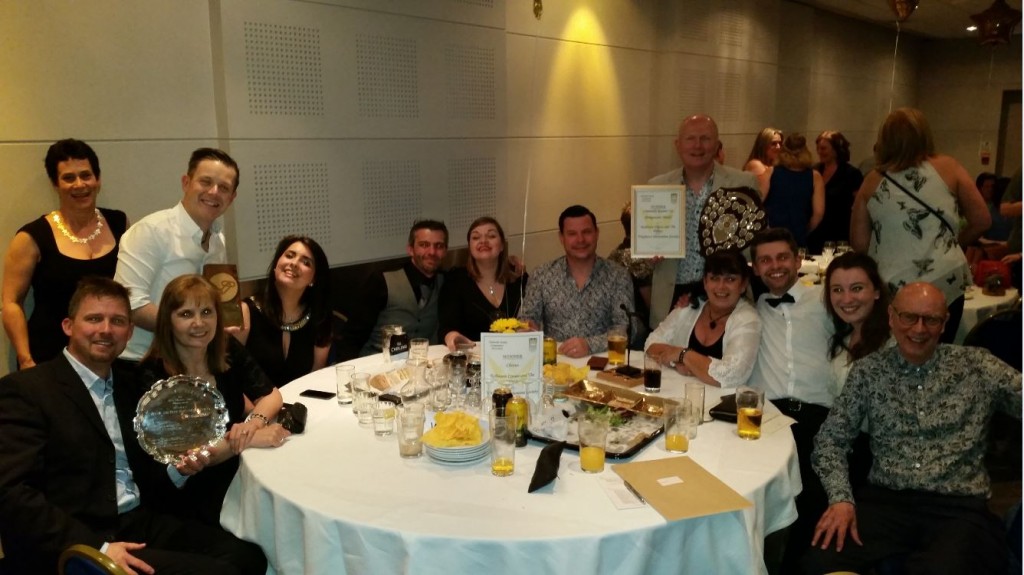 During the evening the Wayfarers picked up a number of other awards:

And there were also nominations in the following awards: